Work of the Week 16: Great Bardfield by John Aldridge 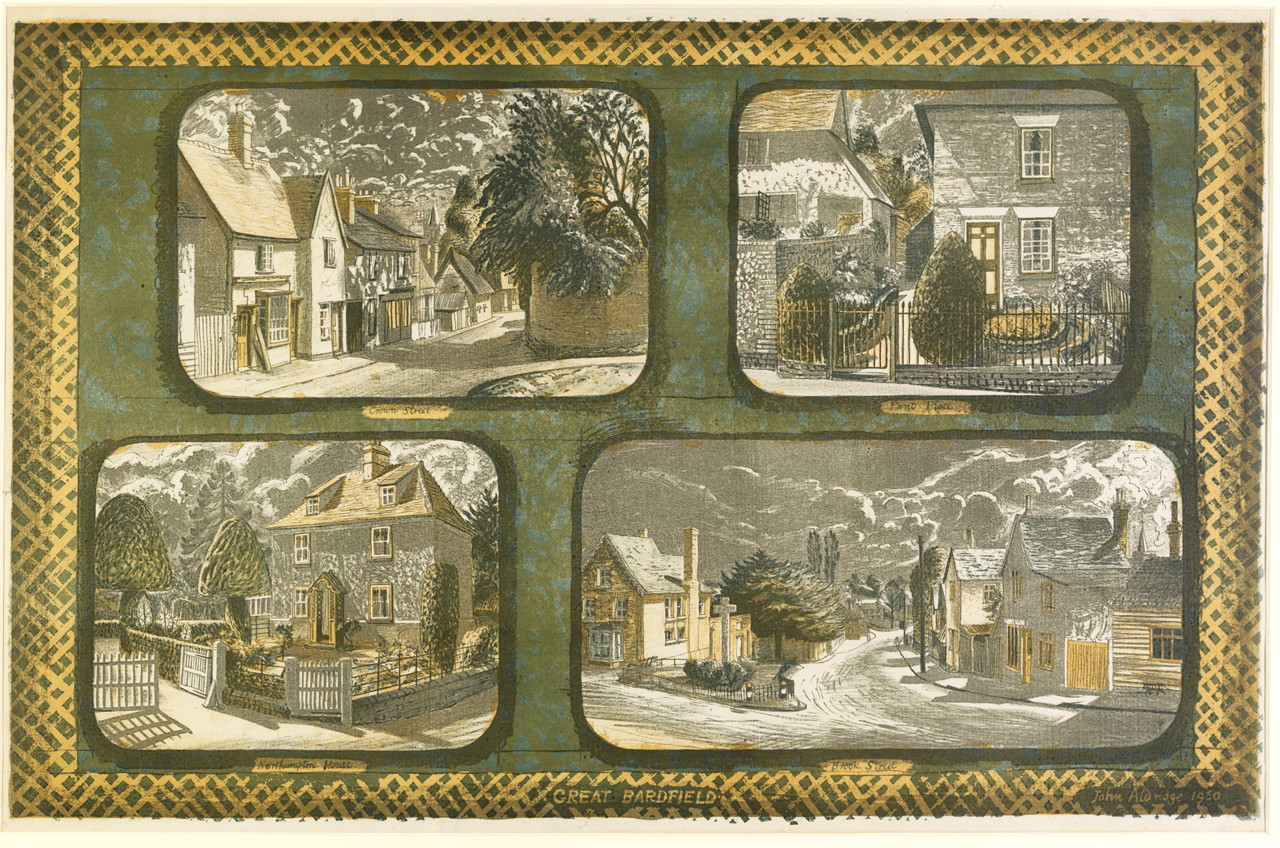 John Aldridge’s lithograph ‘Great Bardfield’ was part of a series of prints published to celebrate the Festival of Britain by the Artists’ International Association, or AIA, of which Aldridge was a member.  The picture is very much in the spirit of 1951, suggesting that Great Bardfield, like the rest of the country, had put itself on show for the Festival year.

The AIA itself was formed in the 1930s as a way for left-wing artists to support causes such as Spanish republicanism and to take art to new audiences.  After the war it lost some of its radical edge, but the 1951 Lithographs still aimed to offer a relatively affordable route to art ownership and impressions were sold for four pounds and four shillings (when an illustrated book might cost a pound).

The Fry owns both a copy of the lithograph and Aldridge’s original design gouache.  Both will be shown in our forthcoming 2021 exhibition, Lithographic Fever, which opens on 29th May. More details on the exhibition are available HERE.

If you would like to suggest a Work of the Week, please email us