Work of the Week 8: Duffy Ayers at Home by Richard Bawden 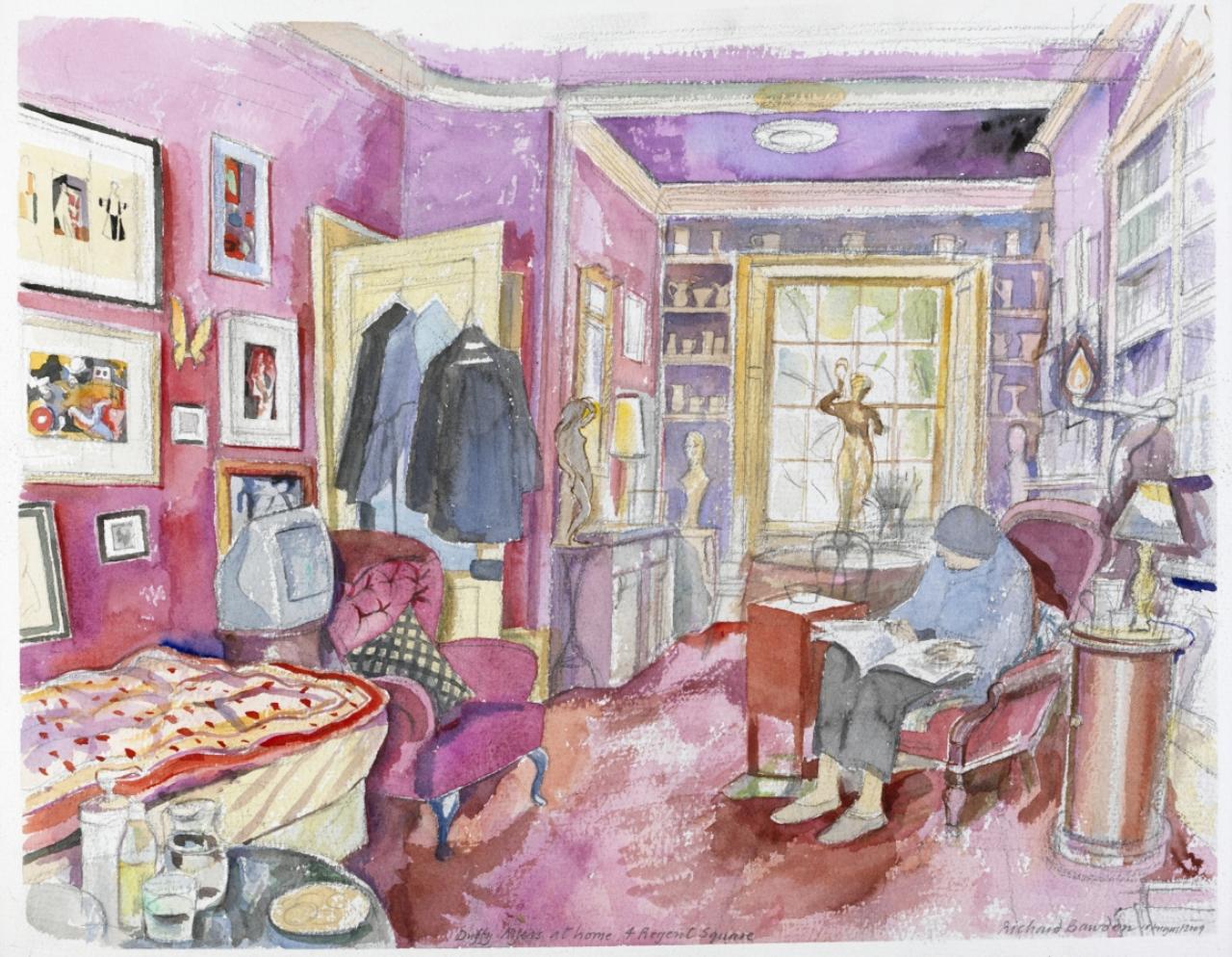 It is always difficult for sons to follow fathers in any profession. Comparisons can be unfavourable, compliments faint hearted, relative failure identified, and success more grudgingly recognised. We must face the fact that Richard Bawden, son of Edward, runs this risk. Nevertheless, he has established himself as an artist of skill and repute, even though he has chosen to work, as did his father, across a variety of media – watercolours, linocuts, pen and ink, design, murals, illustration, mosaics, cast iron, etchings, and glass engraving. In this respect he outnumbers Edward, who eschewed etching and never attempted glass engraving in which Richard has excelled publicly in two church installations. Malcolm Yorke in his book Richard Bawden: His Life &Work (Fleece Press, 2016, which was launched at a complementary exhibition in the Fry Gallery) reveals that Richard felt their relationship to be “impersonal” in as much that he found, as did the world in general, that his father was not of a demonstrative nature, being totally dedicated to his working at the highest of standards. He acknowledges that he did steer him toward “a useful training in commercial art”. Yorke correctly found that Richard “has endured the inevitable comparisons with good humour and without resentment and has helped to foster the recent resurgence of his father’s reputation.” Their early relationship has in fact endowed him with an independence that transcends any suggestion of jealousy, and which has enabled him to pursue his own career, where, over the years, his strengths have become manifest.

Bawden’s proficiency in capturing not only the spirit but also the detail of interiors is evident in this work. His topographical watercolours are equally admired, and his membership of the Royal Watercolour Society and election to the New English Art Club is in recognition. Bawden trained the Chelsea School of Art and St Martin’s School of Art and subsequently the Royal College of Art (1957-61) and thereafter pursued his career, often combined with part time art school teaching, and including a multitude of one-man exhibitions.

Commissioned and purchased by the Fry Art Gallery, 2009