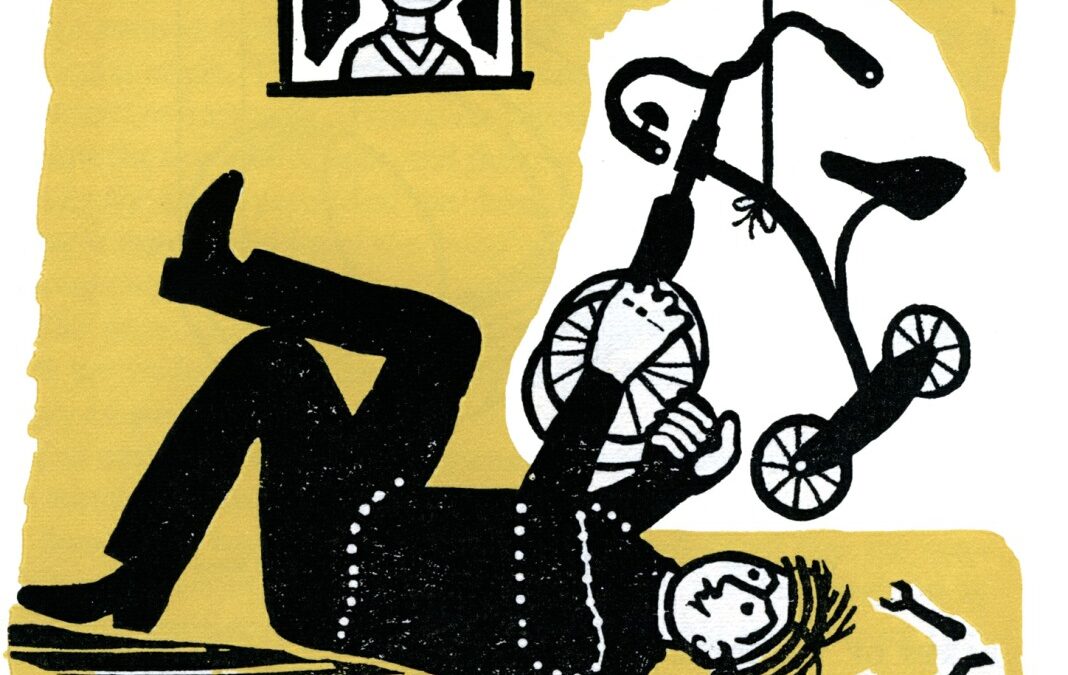 One of many linocut illustrations from Dunlopera: the works and workings of the Dunlop Rubber Company, by Paul Jennings, with drawings by Edward Bawden, R.A.,1961

Paul Jennings (1918-1989) was an English humourist who had a fortnightly column Oddly Enough, in The Observer from 1949 to 1966.  After leaving The Observer, he continued to write until his death, mainly seeing print in Punch, The Times and the Telegraph magazine.