Work of the Week 54: Demonstrating a Machine Gun by Eric Ravilious 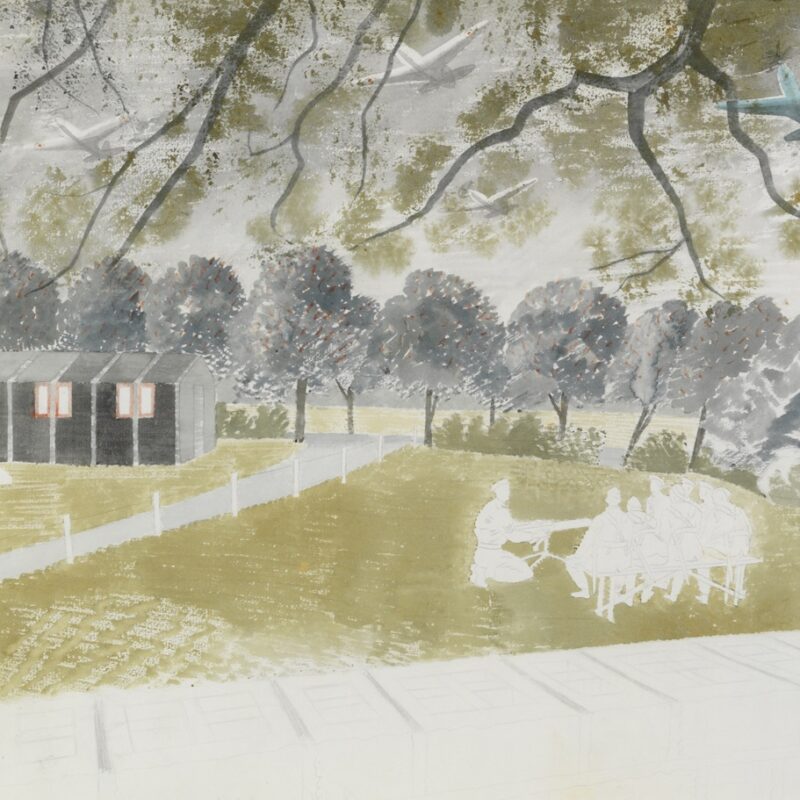 Purchased with assistance from Art Fund.

This poignant work was incomplete when the artist died while working as an Official War Artist in Iceland in September 1942. Ravilious was working at RAF Sawbridgeworth in Hertfordshire in May 1942 while living near Braintree in Essex. It appears that he painted as much as possible of the watercolour on the spot but did not complete the group having the machine gun demonstrated.

ERIC RAVILIOUS: DRAWN TO WAR is a true story. Eric Ravilious is as compelling and enigmatic as his art. Set against the dramatic wartime locations that inspire him, Margy Kinmonth’s film brings to life this brilliant but still grossly undervalued British artist. Caught in the crossfire of war 80 years ago, Ravilious’s legacy largely sank without trace, until now. Made with the blessing of the Ravilious Estate, this first full-length feature documentary about Ravilious unfolds in his own words, through previously unseen private correspondence and rare archive film. Shot entirely on location in the UK, Portugal, and Ireland, the film features Ai Weiwei, Alan Bennett, Grayson Perry, Robert Macfarlane with Freddie Fox, Tamsin Greig, and many more.