Work of the Week 50: At A Hollywood Screening by Olga Lehmann 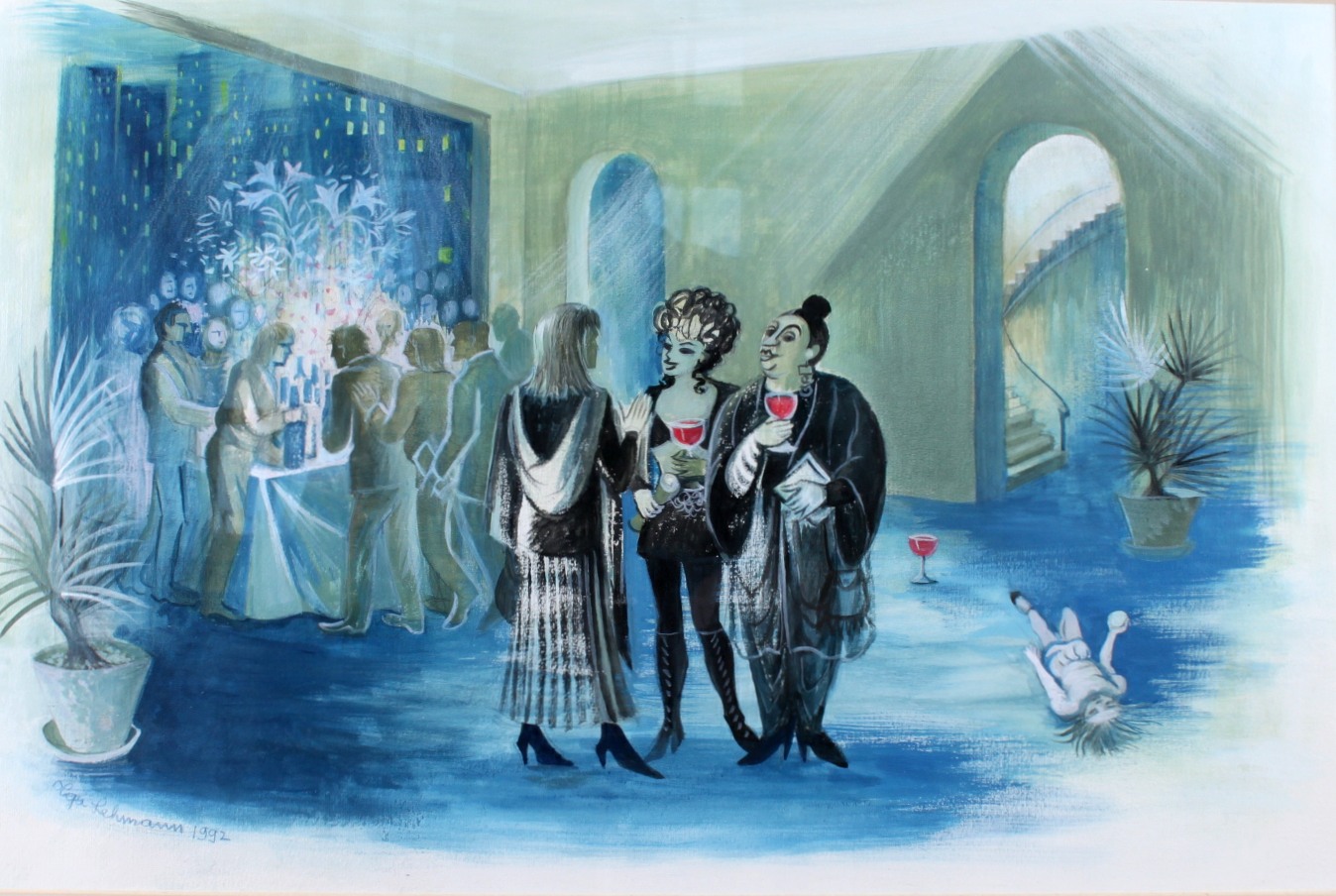 Born in Chile of a French father and a Scots mother, Lehmann was initially educated by an English governess and then sent to an American college in Santiago, later winning a scholarship to the Slade School of Fine Art in London.  Lehmann’s paintings and murals have been seen by millions as they formed the background of numerous American TV series, such as Dynasty and The Colbys.  Her huge output encompassed work for theatre, film and television as a graphic designer and costume designer.  She was notably a portrait painter to the Hollywood stars, including Dirk Bogarde, Peter Sellers, Errol Flynn and Marlene Dietrich, working into her late 80s, wintering in Los Angeles and returning to Saffron Walden for the summer.  She died in Saffron Walden in 2001.