Work of the Week 5: Figure Studies by Duffy Ayers 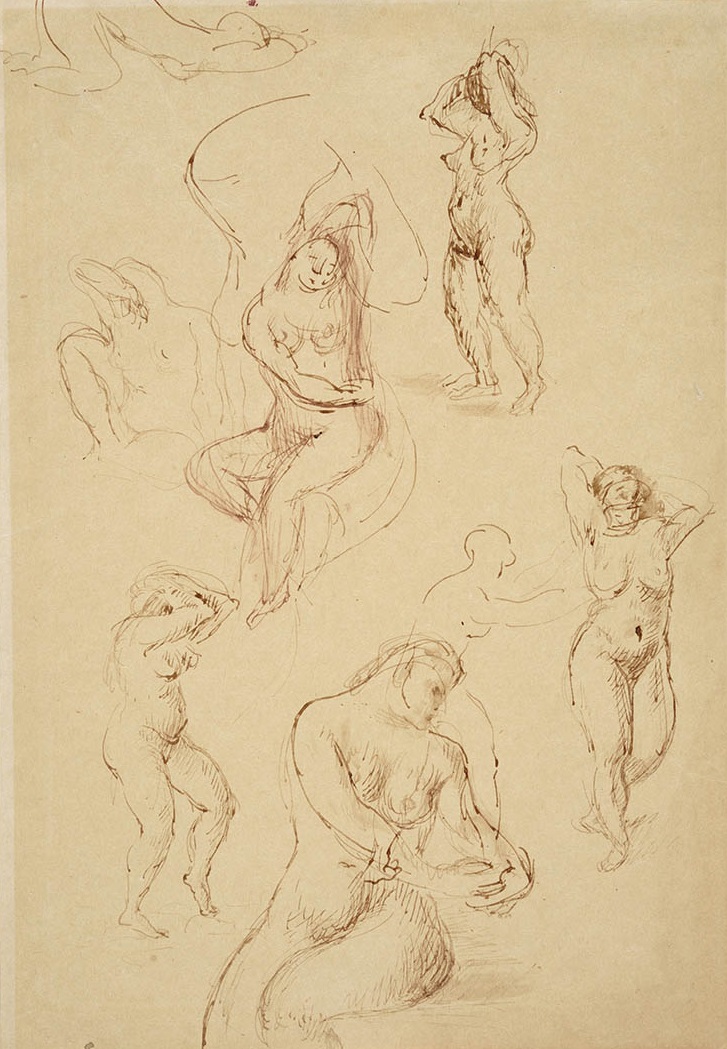 Pen and ink on paper

This drawing by Duffy Ayers (1919-2019) is rare because her reputation and work is mostly based on oil paintings of figures and interiors.  It was presented to the Fry Art Gallery by Michael Rothenstein, her first husband.

Ayers (as Duffy called herself after a second marriage to Eric Ayers, a designer, in 1956) was trained at the Central School of Art in London.  She lived in Great Bardfield for twelve years from 1941, part of the gathering of artists there after the Second World War, and, along with Charlotte Bawden, she was involved in teaching at Denham College, the Women’s Institute College which flourished at that time.  Her own career was interrupted while supporting that of Michael Rothenstein and bringing up their two children.  However, it later flourished, particularly from the 1990s. In 1994 an exhibition of her work was held in the Fry Art Gallery.  A recurring theme involved images of her deceased sister, but she also had an aptitude for portraiture and interiors.