Work of the Week 48: Red Tabby by Sheila Robinson 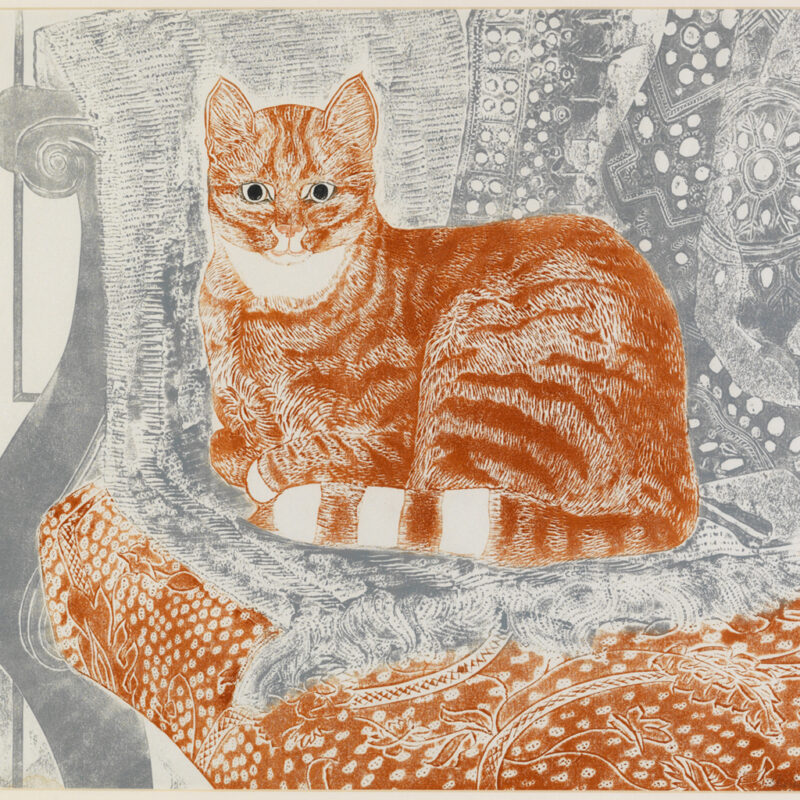 Sheila Robinson developed her own highly accomplished technique for printmaking using a cardboard cut out, often in conjunction with lino print, produced without the aid of a press, her cottage being too small to accommodate one. Card shapes were stuck onto a cardboard base before being coated with a PVA glue which prevented the oil-based ink from being absorbed.

Cats were a passion of hers and this is an elegant and richly-detailed example. Her love of cats was shared with her great friend Edward Bawden, as was gardening, something they also had in common with fellow  Bardfield artist, John  Aldridge, as well as Cedric Morris and John Nash who lived nearby

Her printmaking skill was shared with the students of Walthamstow College Art, where Robinson taught in the 1960s. Her daughter Chloë has continued in this field, following studies at both the Cambridge College of Art and the Royal College of Art.