Work of the Week 43: Rialto Bridge by Edwin Smith 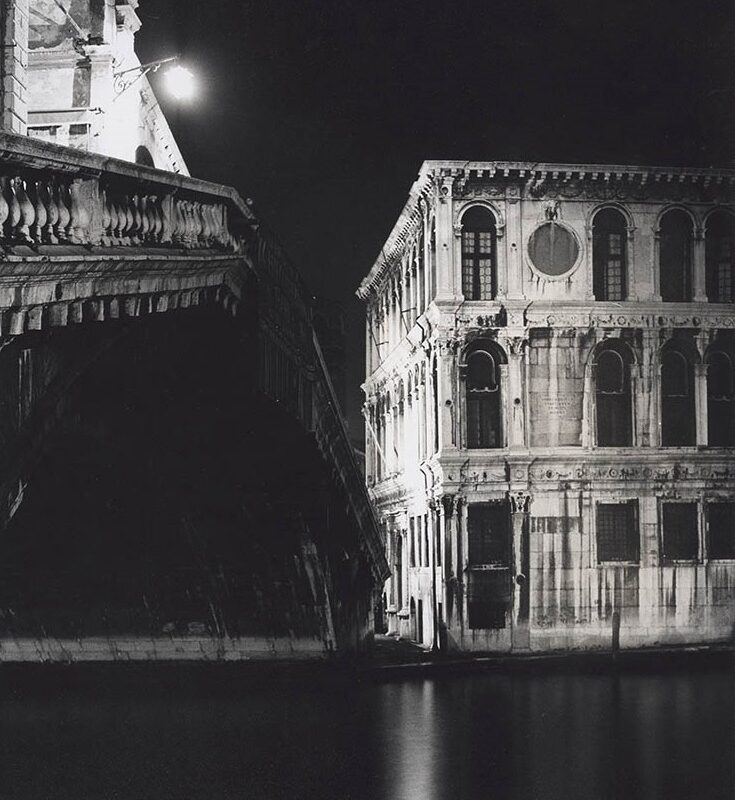 Within the collection at the Fry Art Gallery are many photographs. Trained as an architect, Edwin Smith (1912 – 1971) was a prolific photographer and artist, and in later years lived at the Coach House, Windmill Hill, Saffron Walden with his second wife, the artist Olive Cook. His photographs can be found in over 40 books, and he was internationally recognised.

This is a view of the north-western end of the Rialto Bridge, next to the 15th century Renaissance Palazzo dei Camerlenghi, in the sestiere of San Polo, Venice. On his death, Cook bequeathed Smith’s entire archive to the Royal Institute of British Architects – including some 60,000 photographs.