Work of the Week 42: Caravans by Eric Ravilious 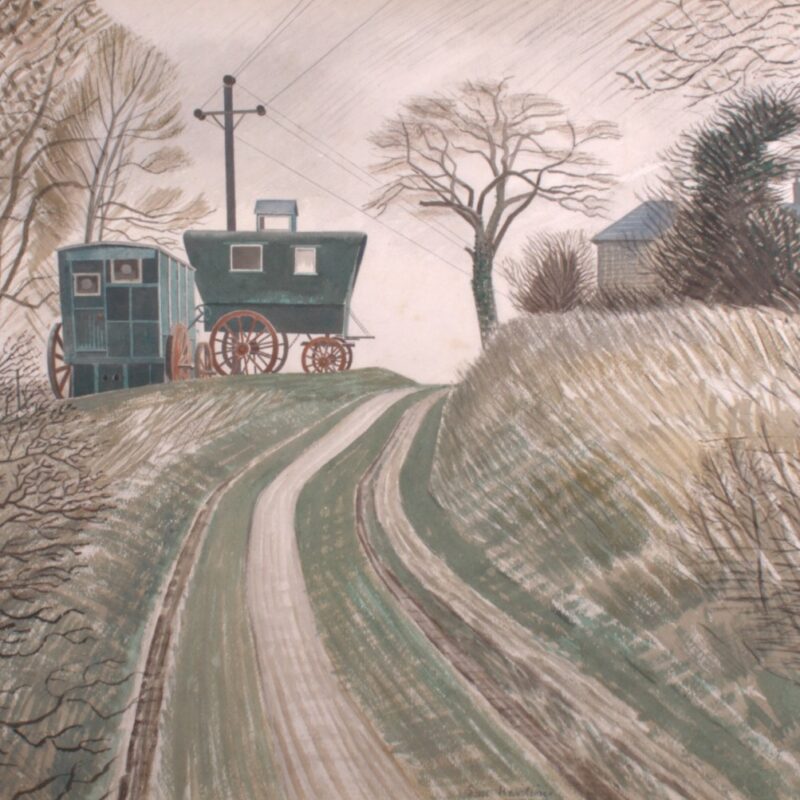 These two wagons, supposedly ‘fever wagons’ from the Boer War or earlier, were purchased by Eric and Tirzah Ravilious after they were shipped back to Newhaven. One can only speculate on the exact nature of their previous use, perhaps for isolation and transportation for the sick. Typhoid fever claimed the lives of many British troops and it is reported that over 1000 died of it at Bloemfontein alone.

In happier times, one was used as a bedroom and the other as a studio, parked near Peggy Angus’ house, Furlongs, near Glynde, at the foot of the Sussex Downs. Angus was born in Chile but educated in England and was a painter, designer and teacher. She was a contemporary of Ravilious and Edward Bawden at the Royal College of Art, under Paul Nash.

Purchased with assistance from the Art Fund, the Tanner Trust and the Seymour Strang Trust.