Work of the Week 29: The Walled Garden by Keith Vaughan 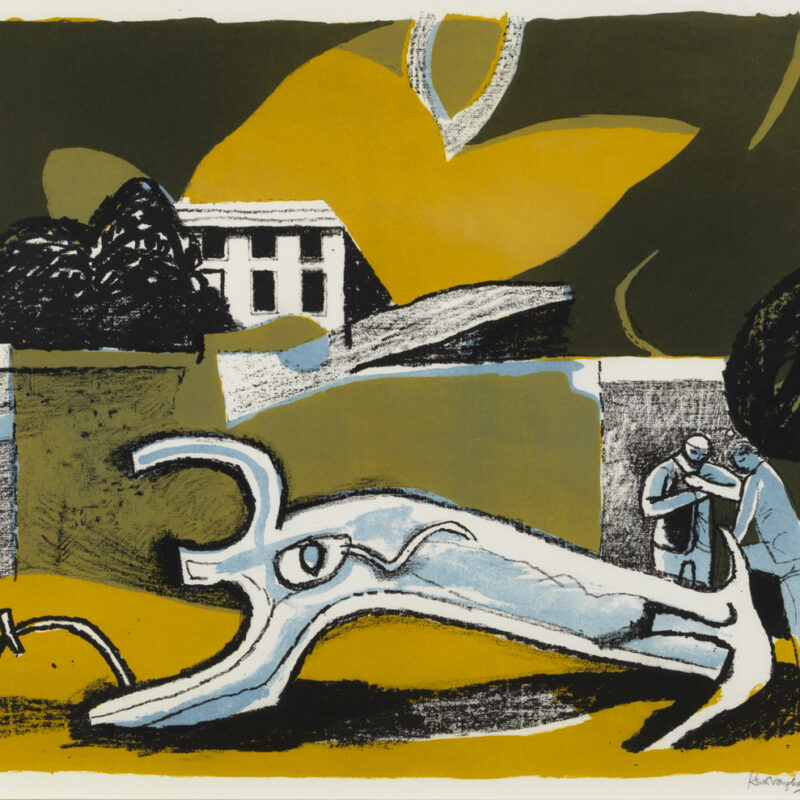 ‘The Walled Garden’ is one of two works by Keith Vaughan featuring in Lithographic Fever, currently at The Fry Art Gallery Too.  Both were published in 1951, but while ‘Dancers’ looks forward to Vaughan’s latter assemblies of male nudes – creating a compelling relationship between sparely delineated figures – ‘The Walled Garden’ is rooted in his past.  The motifs of felled tree and resting labourers had been used in a series of gouaches from 1946, themselves based on wartime sketches made during Vaughan’s time with the Non-Combatant Corps at Ashton Gifford in Wiltshire.  By revisiting these in a lithograph, Vaughan manages to combine neo-romantic mystery with modernist pattern making.

Purchased with the support of the Art Fund