Work of the Week 26: Dans ce Cafe by Michael Ayrton 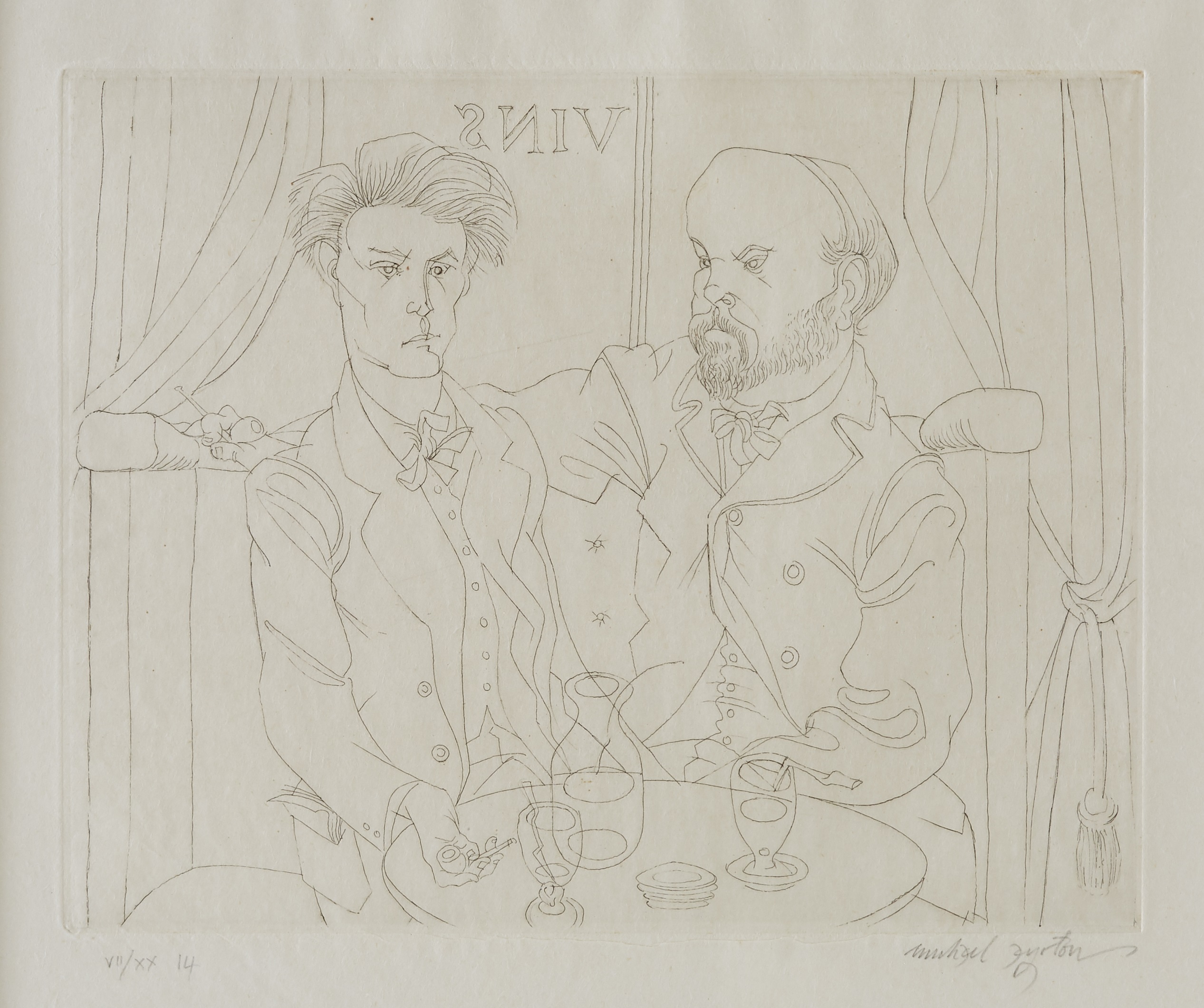 etching, from Femmes/Hombres (The Verlaine Suite) 1972

Paul Verlaine (1844-1896), wrote a trilogy of erotic poetry between 1887 and 1891, entitled Les Amies, Femmes and Hombres. The latter two were republished in 1972 as Femmes/Hombres in an edition of 100, with 15 etchings by Ayrton, most of which were as suggestive as the poetry. Two, Poor Rita and Dans ce Café were less graphic, but despite the subject matter, The Verlaine Suite enjoyed a limited commercial success, although Douglas Cleverdon (1903-1987), bookseller and radio producer, chose to publish them under his own name, rather than that of his Clover Hill imprint. The figures are believed to be portraits of Arthur Rimbaud (1854-1891) and Paul Verlaine, although Verlaine has more than a passing resemblance to Ayrton here.

Dans ce Café features in A Singular Obsession – celebrating the centenary of Michael Ayrton which, together with Lithographic Fever, form the two exhibitions at The Fry Gallery, which re-opened on the 29th May.

Thank you to everyone who has viewed half a year of Work of the Week. When we started with this initiative, we had no idea the response we would receive. Rest assured, with over 3000 objects in the Collection, WOW will continue for some time to come.