Work of the Week 22: Ironbridge at Ewenbridge by Eric Ravilious 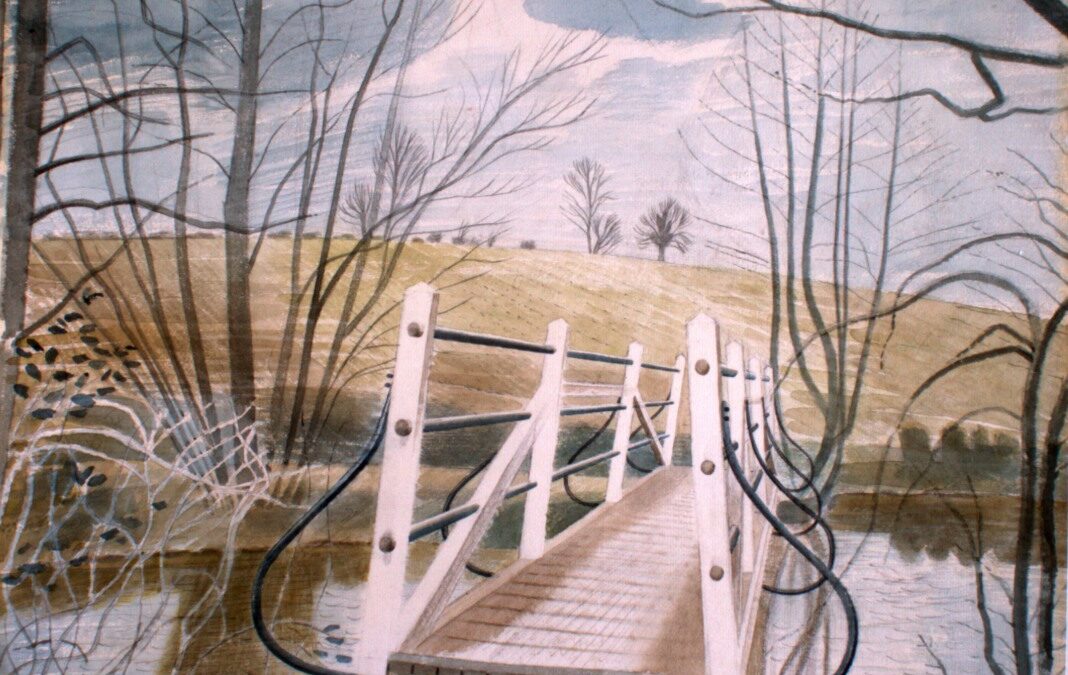 When one thinks of Ironbridge, the pioneering structure spanning the Severn in Shropshire comes to mind. This was a favourite subject of artists, including some from Great Bardfield. In 1958, Edward Bawden recalled: ‘I was at Ironbridge for about six weeks in September and October 1956 and was joined by John Aldridge, John Nash and Carel Weight. Each of us in turn painted the famous bridge’.

Ravilious continued his theme of the juxtaposition between the natural and the manmade by painting the equally graceful bridge at Ewenbridge, near Shalford, deep in the Essex countryside. The bridge, with its sloping sides and bowed supports, leads the eye, like a gateway, through the picture, to the light and airy landscape beyond, typical of Ravilious’ countryside pictures.

Alas, the bridge no longer exists and has been replaced by a modern structure, although elements remain and have been moved to the nearby farm.