Work of the Week 21: Salmon Nets Drying by Bernard Cheese 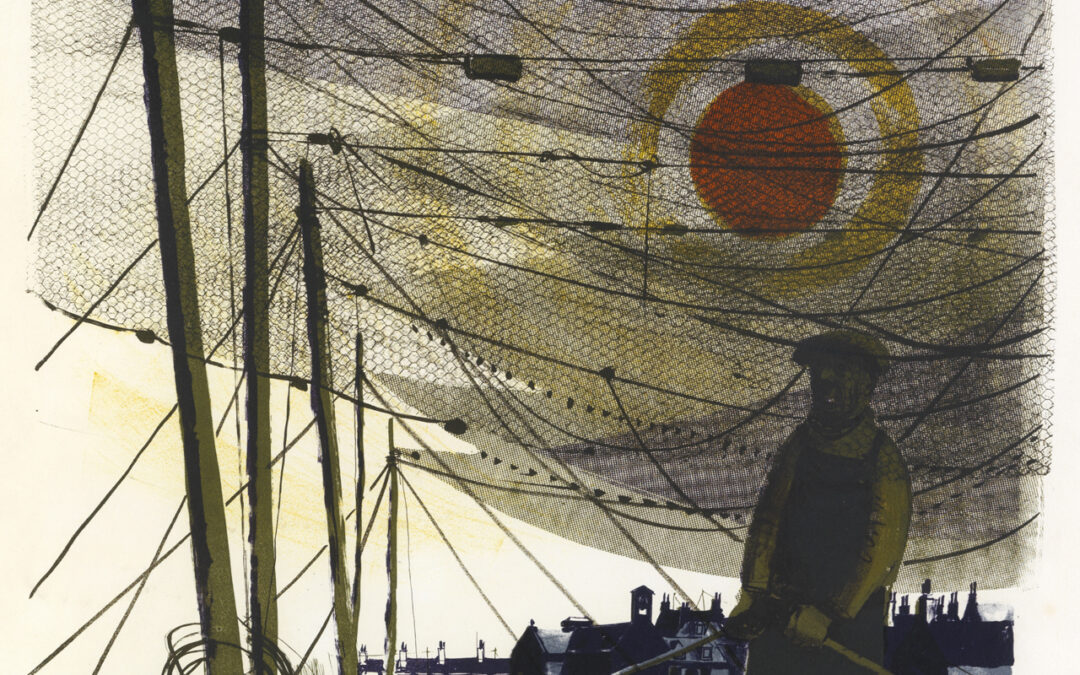 Much of Bernard Cheese’s printmaking in the later 1950s depicted boats and fishing communities – a subject that was never to lose its fascination for him.  ‘Salmon Nets Drying’ is typical of his work at the time with its combination of attractive figuration and experimental surface textures; the application of netting to the printing plate was a favourite technique.  It is also, perhaps, one of his most successful images: the looping, horizontal ropes contrasting with the vertical tension between poles and fisherman.

The print was first exhibited at the New Editions Group show at London’s Zwemmer Gallery in 1959.  New Editions was an artist-led initiative that attempted to increase the visibility of British prints, and much of its organising spirit came from Cheese’s Great Bardfield neighbour, Michael Rothenstein.  Other Fry Art Gallery works on display in the 1959 show included Edward Bawden’s linocut ‘Lindsell Church’.

‘Salmon Nets Drying’ and other works by Cheese, Rothenstein and Bawden will be shown in our forthcoming 2021 exhibition, Lithographic Fever, which opens on 29th May.