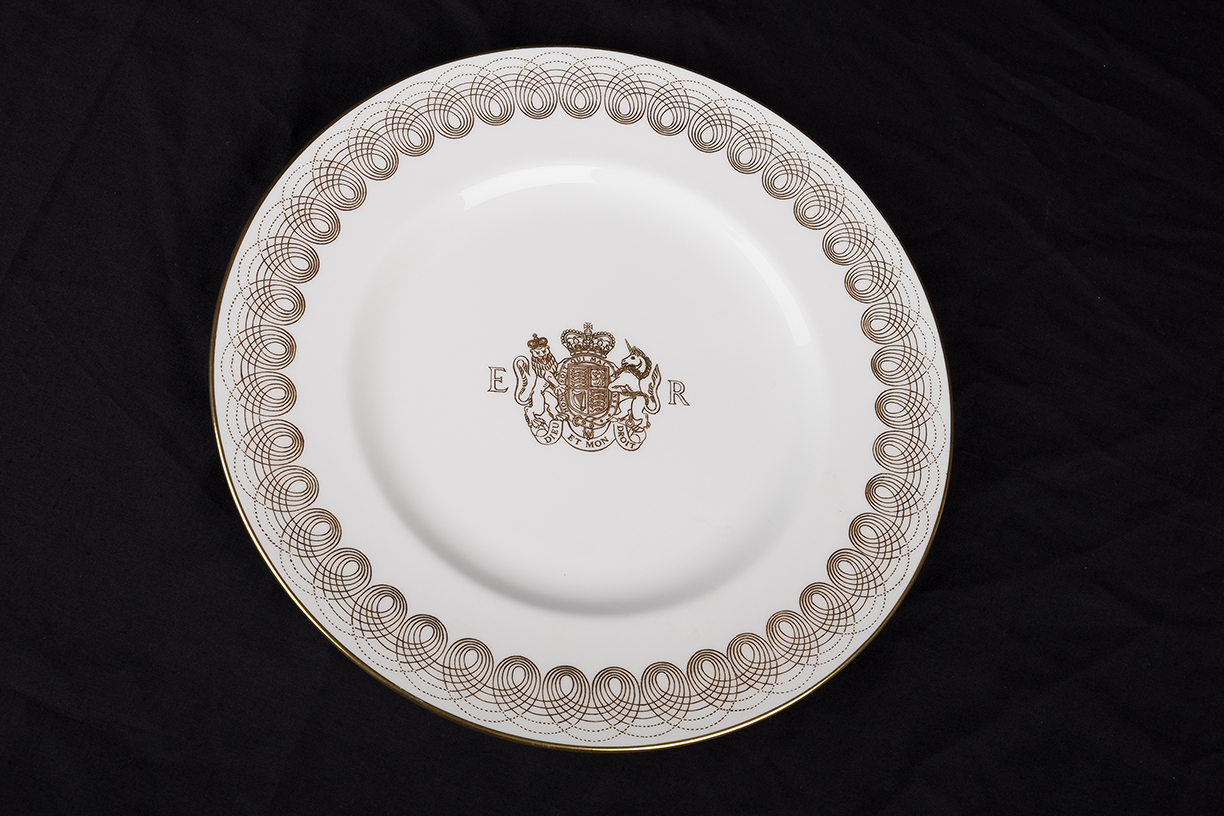 Eric Ravilious (1903 – 1942) was employed by the Wedgwood Company between 1936 and 1940, to produce a series of designs. His first was a mug commemorating the coronation of Edward VIII, which then had to be adapted for George VI in 1937. In addition to commemorative work, Ravilious designed tea and dinner services, as well as lemonade sets and nursery ware. The outbreak of war meant than many of his patterns were not produced in quantity until the 1950s. Ravilious was made an Official War Artist in in 1940, but was lost on active service in 1942.

One set, Harvest Festival, is loosely based on a drawing by Ravilious entitled Harvest Festival and Loaves, the scene captured at the church in Castle Hedingham, near to his home. This design is perhaps better known as Persephone and was advertised as such in 1938, but by 1953 it reverted to Harvest Festival. In 1952, the border pattern was used in gold on bone china and marketed as Coronation Golden Persephone, and it is this design that is shown in the photograph.