Work of the Week 17: Sun Maze by Michael Ayrton 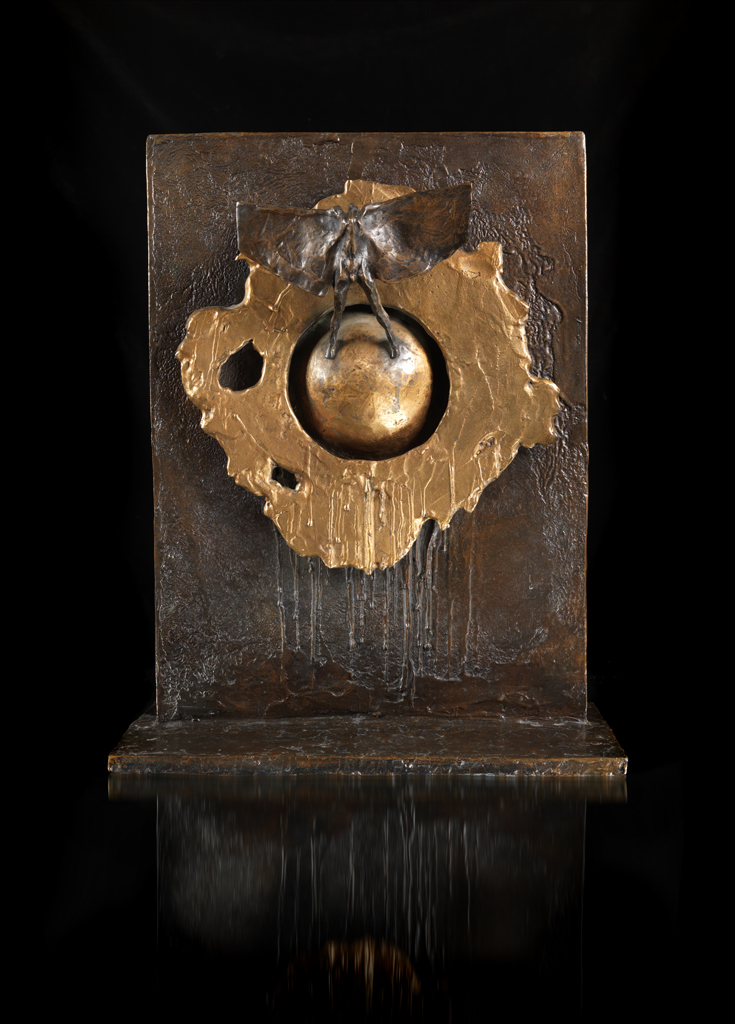 Sun Maze (1970) is a late double-sided bronze by Michael Ayrton. The myth of Daedalus, Icarus and the labyrinth at Knossos is familiarly told by Ovid in his narrative poem of 8AD and became an obsession of the artist over many years. On one side, Icarus, son of Daedalus, is cast against a blazing sun and, on the other, an elaborate design for a circular maze. This blueprint references the famous 13th century mosaic on the floor of Chartres Cathedral, which Ayrton visited with his wife Elisabeth. He also went to the much-nearer mediaeval turf maze in Saffron Walden, 15 miles from his home in Toppesfield, for inspiration. Close inspection of both faces of the bronze reveal several incised trails, assumed to represent the molten wax from Icarus’s wings. This calamity, caused by flying too close to the sun, resulted in him plunging to the sea and drowning.

Sun Maze features in the new Michael Ayrton Centenary Exhibition, opening on the 29th May, alongside 12 further sculptures from the artist’s estate and paintings, etchings, collages and theatre designs.

Purchased with assistance from the Henry Moore Foundation 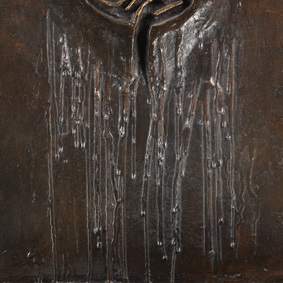 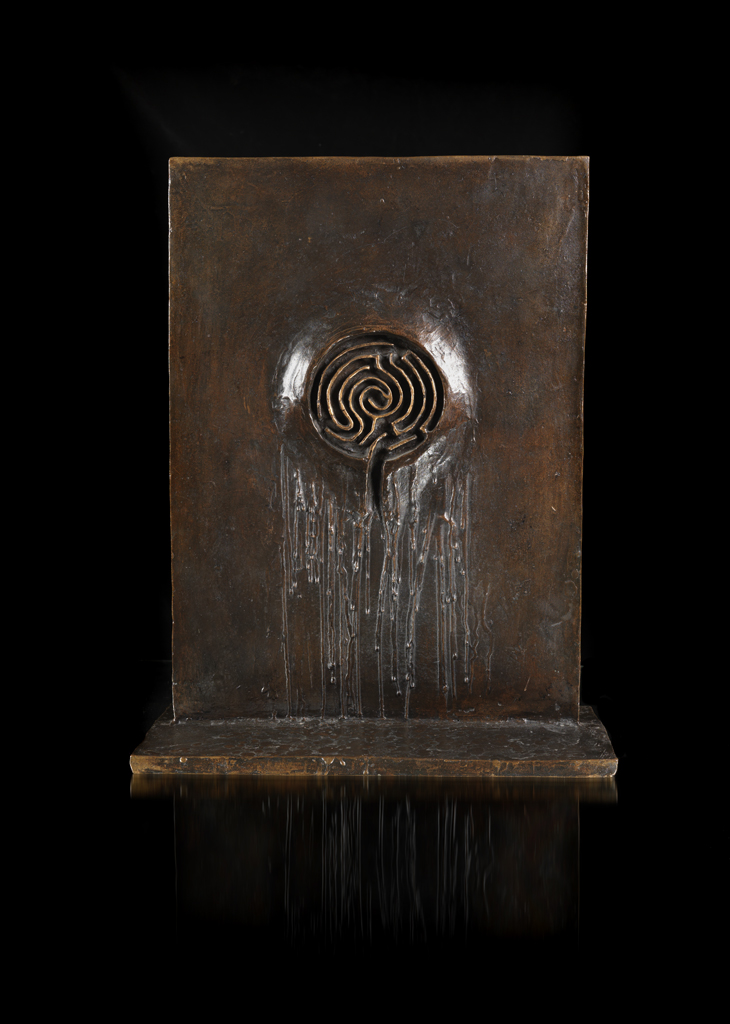