Work of the Week 15: Pigeon and Clocktower by Edward Bawden 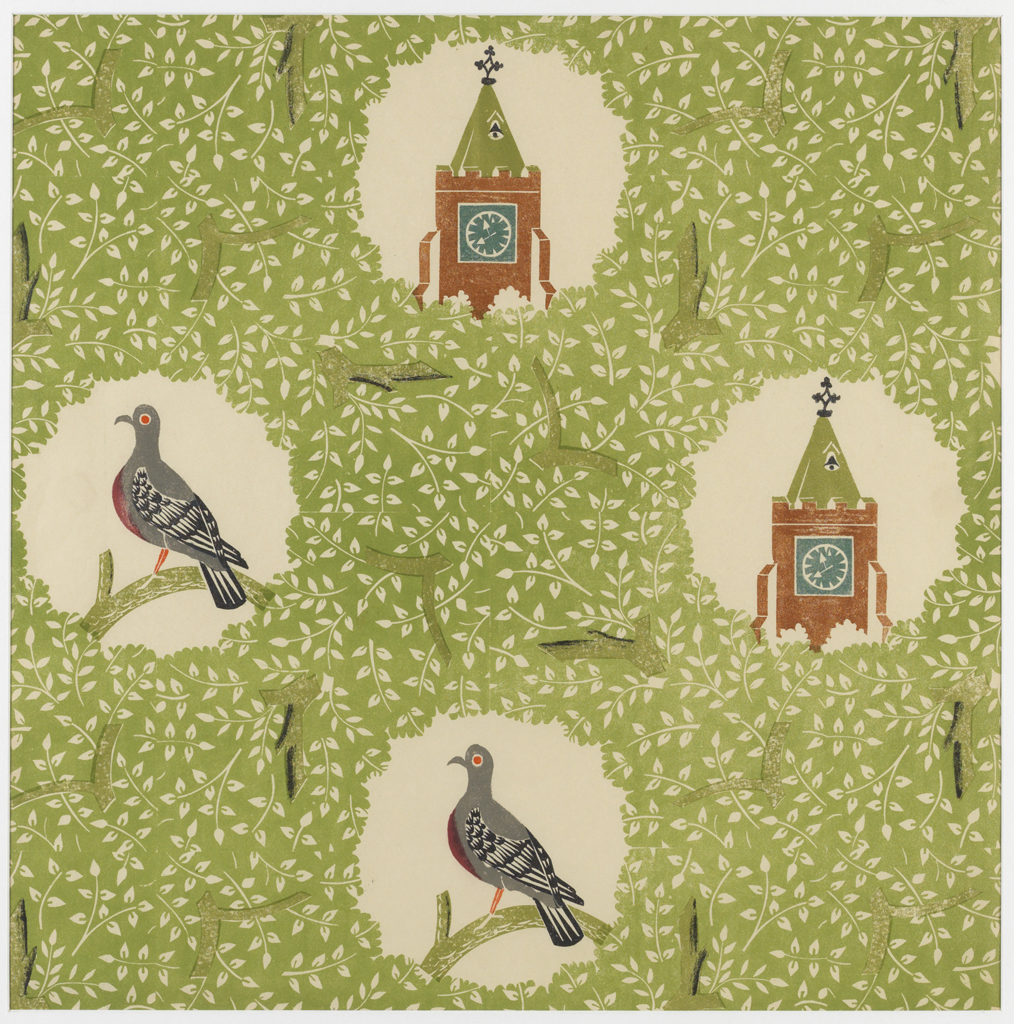 Edward Bawden (1903 – 1989) and John Aldridge (1905 – 1983) collaborated in designing wallpapers in the 1920s. The artists printed them from lino blocks in a small studio at Bawden’s home, but soon the work was entrusted to John Perry & Co (later Cole & Son). Bawden also designed several wallpaper patterns for Harold Curwen at the Curwen Press between 1927 and 1933. Pigeon and Clocktower dates from 1927 and was created as a linocut which was then transferred to lithographic plates for printing.

After drawing the design in a soft pencil on thin paper it could be laid face down on a whitened sheet of lino and the design transferred by rubbing with a spoon. Cutting with a Japanese knife then began from the middle towards the edges, the knife becoming a drawing instrument as the hand became more skilled. Compared to cutting end-grain boxwood for wood-engraving, warmed lino sliced like butter. (Malcolm Yorke, Edward Bawden and his Circle, ACC Art Books, 2007)

Occasionally, Bawden would append the design with ink and crayon direct to the plates themselves. The wallpaper was printed in sheet form, in sizes up to 32 inches by 23 and sold in multiples of 12, rather than the rolls we are accustomed to today. Particularly with a large-scale design, each sheet would contain exactly one repeat of the pattern.

‘These designs were larger in the repeat than anything previously attempted’, Bawden reminisced, ‘and when they hung on a wall looked rather handsome.’

Indeed, this design adorned the hall, stairs and landing of Bawden’s own home in Park Lane, Saffron Walden.

If you would like to suggest a Work of the Week, please email us.