Work of the Week 14: Lifting Beet by Thomas Hennell 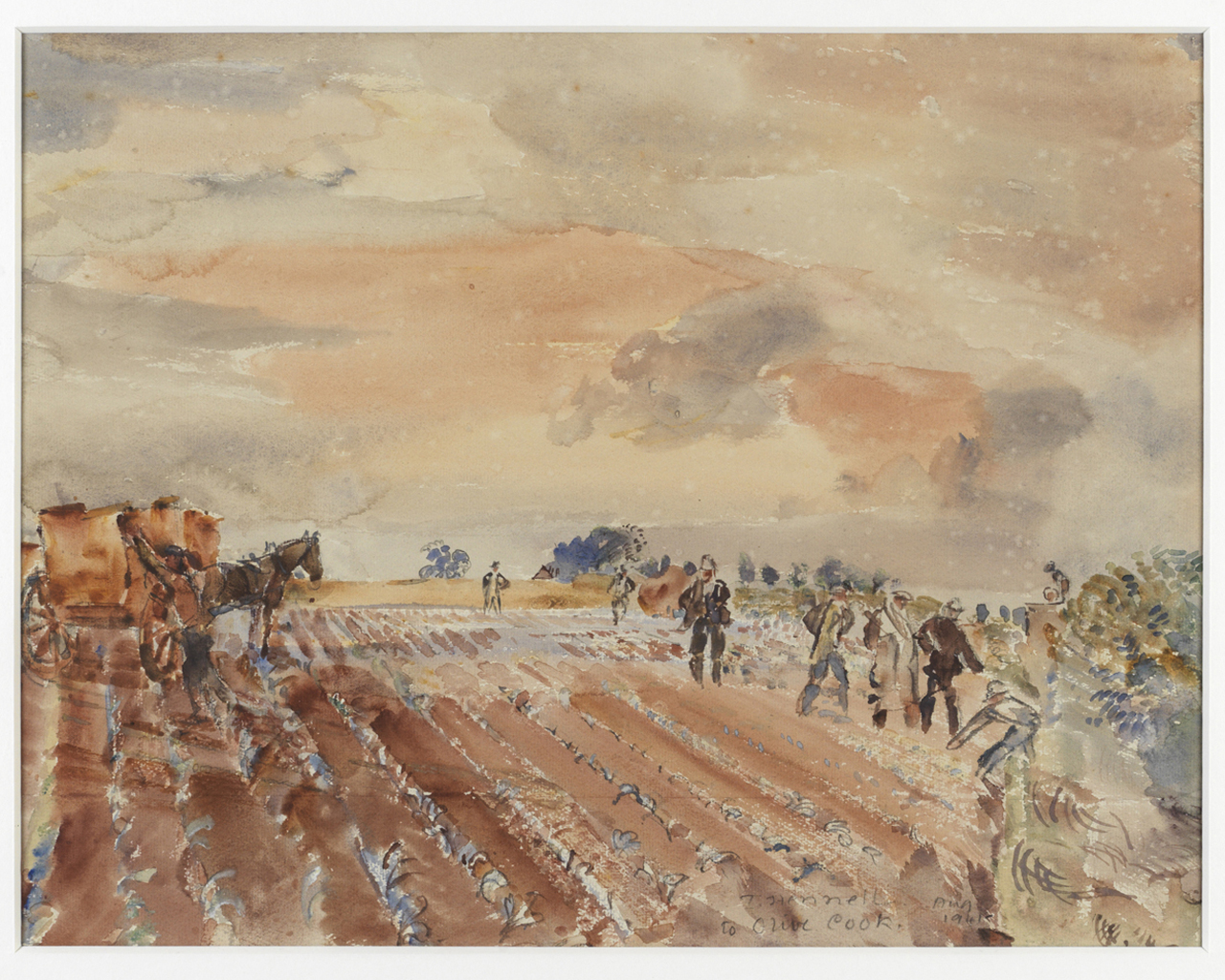 The painter, writer and poet, Thomas Hennell recorded country life in Britain during the 1930’s and 1940’s and several were included in ‘Recording Britain’ (published 1946-49). Hennell arrived in Great Bardfield in 1931 while cycling around the country collecting material for  ‘Change in the Farm’, one of the many books he illustrated. Edward Bawden and Eric Ravilious regarded him as a man of genius and like many another genius he suffered from mental illness, recording the grim reality of  life in a mental hospital. During the Second World War he served as an official war artist in Europe, Iceland and the Far East, where his life was ended in mysterious circumstances.  Tom was a great friend of Olive Cook who stayed with him in Kent on several occasions and confirmed his contact with Graham Sutherland and Paul Nash; their correspondence continued until the end of his life . Hennell’s drawings of mill machinery are of engineering quality but it is his watercolours for which he is best known.  They show his immense affinity with the land, his acute observational skills and attention to detail, which allowed him to focus on the people and the way life in the country which would never be the same again.  A new book, ‘Thomas Hennell, The Land and the Mind’, by Jessica Kilburn, has just been published, 2021, as a major reappraisal of his work.

Hennell wrote “We look in a landscape painting not primarily for a rationalised statement , nor for description of fact, but for the moment of vision.”

Donated as part of the bequest of Olive Cook.

If you would like to suggest a Work of the Week, please email us.