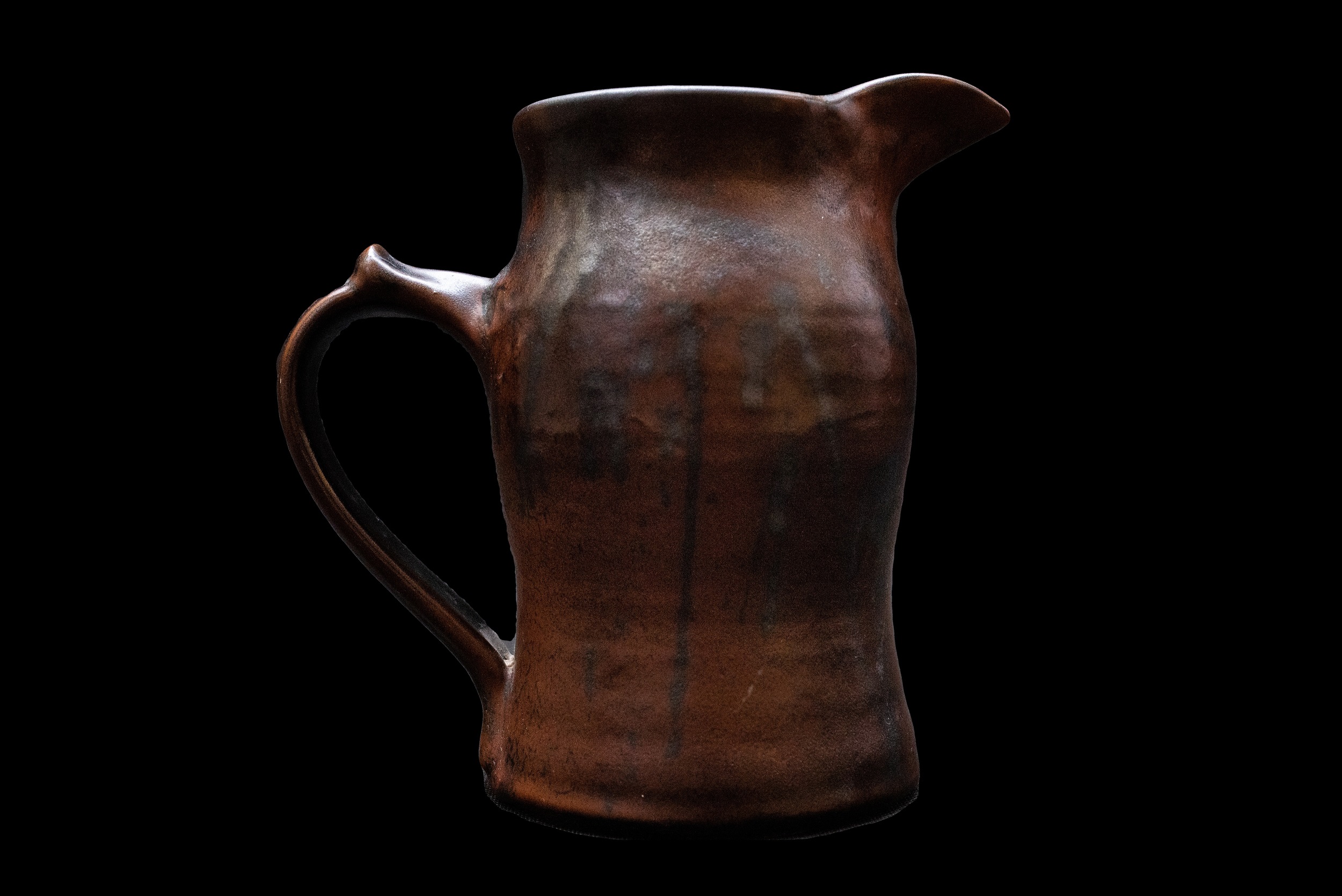 The Fry Art Gallery has had for some years a small collection of the work of studio potters who have lived and worked in North West Essex. Recently this has been developed and two new ground-breaking potters, Ian Auld and Dan Arbeid, have entered the Collection and the holding of Alan Spencer Green has been expanded by the addition of five small bowls. The concentration on this area of the Collection has been greatly helped by the Heritage Lottery Fund Collecting Cultures Programme.

Ian Auld (1926 – 2000) lived in Wimbish, near Saffron Walden, from 1957 to 1966, later moving to Toppesfield for ten years until his death in 2000, occupying ‘Bradfields’ with his wife Gillian Lowndes, which had formerly been the home and studio of Michael Ayrton. Lowndes has been described as one of the most important potters of the 20th Century and it is hoped that the Gallery will be able to acquire an example of her work to add to the Collection.

Dan Arbeid (1928 – 2010) lived in Wendens Ambo, close to Saffron Walden, at the ‘Old Schoolhouse’ from 1960 until 1983, when he and his wife and family moved to Brighton, where he died in 2010. While living in Wendens Ambo and teaching in London, he built a unique kiln to experiment with different types of firing which could not be done in London. Many of his students visited with prepared work and made instant firings such as Raku.

Both Auld and Arbeid taught at various periods at the Central School of Arts and Crafts and Camberwell School of Art and are considered as influential and pioneering in teaching as in their own work, paving the way for a generation of innovative potters, such as Alison Britton, Sarah Radstone and Angus Suttie.

Alan Spencer Green (1932 – 2003) set up a studio at ‘The Old Corn Mill’, Wimbish, in 1963 and the Gallery acquired its first piece of studio pottery by him in 1991. During his career as a potter he had many national and international exhibitions and won awards internationally.

The Gallery has pottery by artists associated with Great Bardfield, namely Audrey Cruddas, Charlotte Epton (Bawden), Joan Glass and Denise Hoyle. They are displayed with the more recently acquired work in the Bawden Room at The Fry as part of the current Random Spectacular exhibition.

Also in the Collection is a ceramic dish made in 1986 – Whore of Essex:  I Love Thee by Grayson Perry, who was associated with Great Bardfield in his early life. This is currently on loan to The Holburne Museum, Bath, for an exhibition of his early work entitled Grayson Perry: The Pre Therapy Years.