The Dog Show (The Aunt) 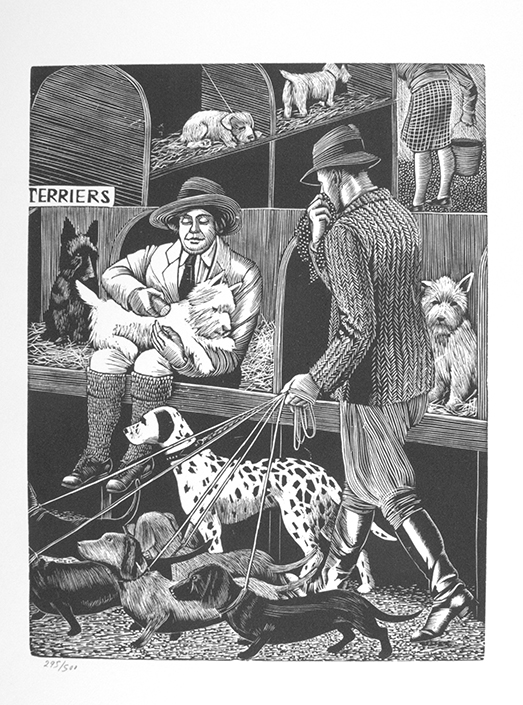 Tirzah Garwood (so-called because she was the third child in the family) was an immensely gifted young wood engraver, who was becoming recognised and commissioned up to 1931, when she ceased making these works. At Eastbourne School of Art she had been taught by Eric Ravilious; they married in 1930 and moved to Great Bardfield. Initially sharing Brick House with the Bawdens, Tirzah worked with Charlotte in producing marbled papers, some of which are now in the V&A as well as in the Fry Collection. Some of these were used to decorate Brick House. She also produced pattern designs for book covers and endpapers for the Kynoch, Curwen and Golden Cockerel Presses.<br><br>Ravilious was killed on war service in 1942, and shortly afterwards Tirzah was diagnosed with cancer. In the eight years following Eric's death, she turned particularly to making models of local schools, cottages and chapels from cardboard, paper and even leaf-prints. She also produced paintings in oils of miniature buildings set within garden landscapes. Since her death in 1951 her reputation as an artist has become re-established.<br><br>