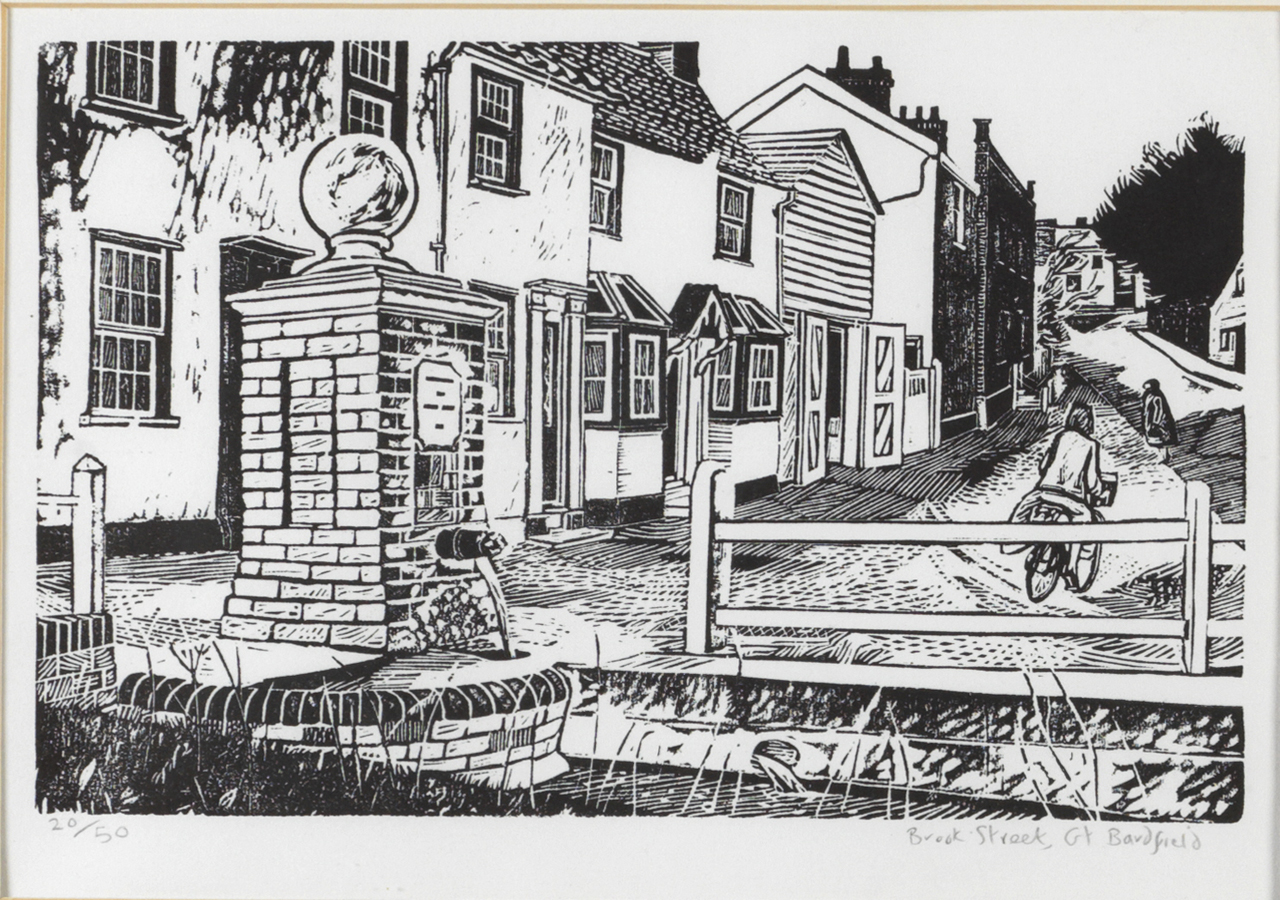 Born in Nottingham, Sheila Robinson studied at the local Notingham Art School and then at the Royal College of Art from 1946-1950 where she was one of Edward Bawden's students. An accomplished printmaker,after studying all the printmaking techniques she developed her own way of using cardboard for relief printing, which makes her later prints in particular very distinctive, Married to Bernard Cheese from 1951 until 1958, they had separated before the divorce, and in 1957 (with the help of the Bawdens) Sheila moved to Great Bardfield with her two children. In 1968 the family moved to Saffron Walden. After leaving the RCA Sheila briefly assisted Edward Bawden but thereafter worked mainly on her own commissions and prints. Regular commissions were for Schweppes, BBC Publications for Schools, and Blackpool Pleasure Beach. In 1965 she became a part-time Lecturer in Illustration at the RCA. Although she produced some notable stamp designs in 1966 and 1970, and was among those who illustrated sections of the Old Testament for Oxford University Press in 1969, she concentrated mainly on printmaking in her later years. She remained a close friend of Edward Bawden's until her death and he greatlyvalued her opinion on his own work as he knew it would be accurate and truthful.