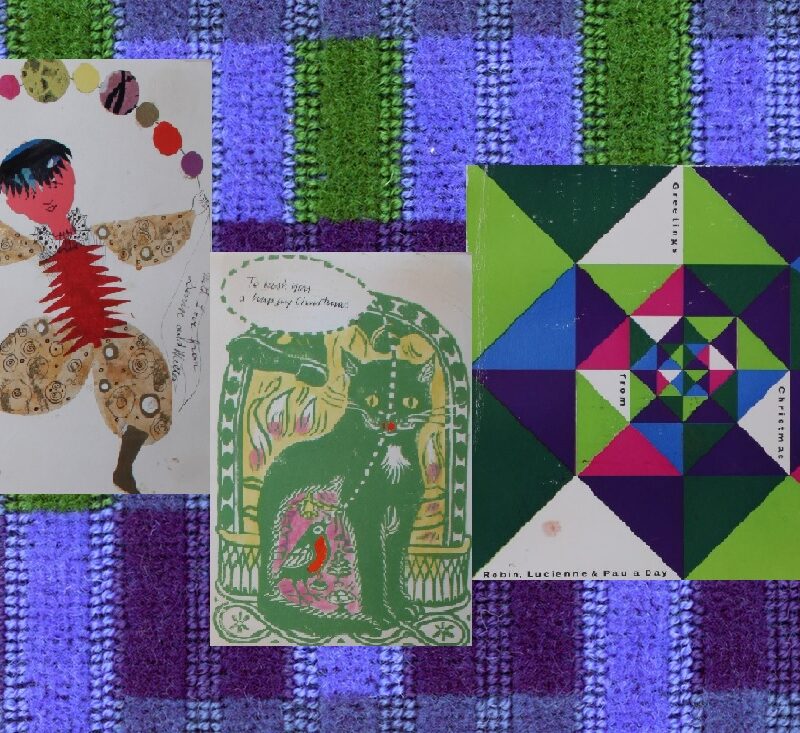 Marianne Straub (1909 – 1994) was one of the most important commercial textile designers of the twentieth century. During her most productive years in the 1950s and 60s, she was head of design at Warner & Sons in Braintree, and chose to live in Great Bardfield, becoming part of the artistic community there. Fabrics designed by Marianne were produced in enormous quantities for many years, and yet her name is not as widely known as those of her Bardfield artist friends. The Fry Art Gallery holds a superb scrapbook in which Marianne collected Christmas cards from her friends in the world of art and design, many of which are miniature art works in their own right.

This exhibition in the Gibson room at the Fry Art Gallery will have Marianne’s scrapbook on show for the first time, and will display works from the collection and on loan which illustrate the subtle appeal of her fabric designs, as well as shedding light on her friendships, and the visual context of her life among the Bardfield set.